Price: $ (approximately, for a box of 20). Available on SGAmmo.com 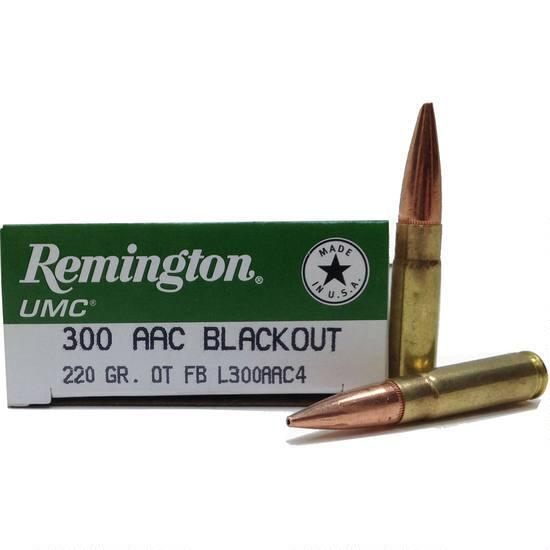 Summary:  The 300 Blackout is a great round when it comes to short-range and big game shooting. 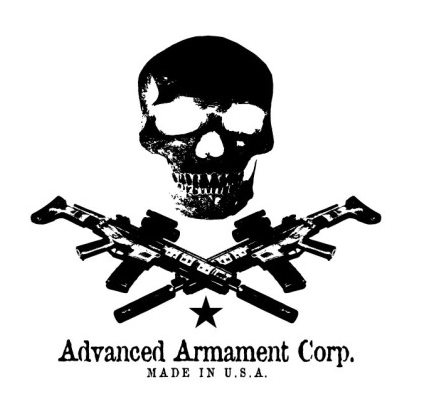 Designed for the AR platform, the 300 Blackout came out at a time when the existing 5.56x45mm ammunition was facing backlash for being too underpowered compared with what the enemy was using and for being too loud. Previously, other manufacturers had tried to compensate for these drawbacks by promoting their own products, namely the 6.5mm Grendel and the 300 Whisper, but they fell short of expectations.

Originally designed to replace the MP5SSD (a sub-machine gun with an integral suppressor, favorite with the special forces around the world), the 300 Blackout claims to have overcome the problems the 5.56 round has, that is, low power and noise. The new rounds are compatible with the AR platform (predominantly AR-15 and the M4) and as a result, a delight for the consumer market as well.

The AR-15, as we have covered in a previous article, is the most popular sporting rifle in the United States, owing to its high customization and versatility.

The manufacturers (AAC) went to the drawing board after the demand to shoot a .30 caliber bullet with an M4 without making too many changes to the existing gun, was raised. Attempts had been already made to achieve the same by some manufacturers, but with varying, if not completely disastrous results. The 9mm and 7.65mm rounds have been in existence and in use by the armed forces for a long time, but they (the armed forces) were somewhat dissatisfied with the performance based on specific conditions.

They could not use the existing products, because of the many restrictions that they may have encountered. They also had a set of specific instructions: a weapon that can shoot both supersonic and subsonic rounds and had a muzzle velocity larger than or equal to the AK-47, packed a punch and used the same magazines and a short barrel.

The result was the 300 AAC Blackout. Gun enthusiasts took to it because they could shoot a larger bullet with their existing AR-15 or variants thereof, and all it took was a quick switch of the upper receiver. What was more, they didn’t even have to change the magazine! 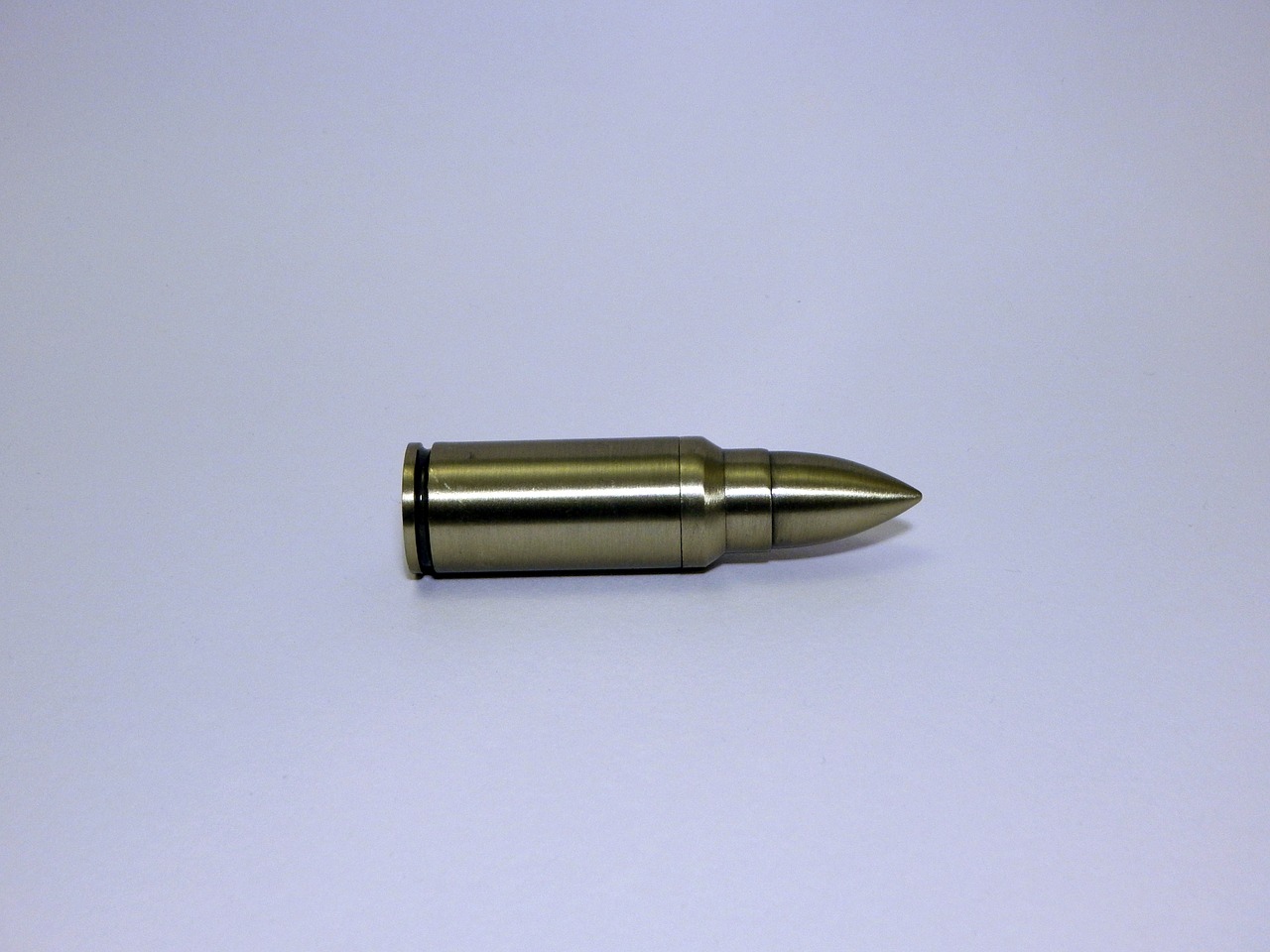 Owing to the popularity and customizability of the AR platform, it was felt that the rifle needed ammo that would complement its awesome power and versatility. The 5.56mm ammunition was doing its job perfectly, but it was found that it was too loud and produced a somewhat large fireball as the bullet exited the barrel. 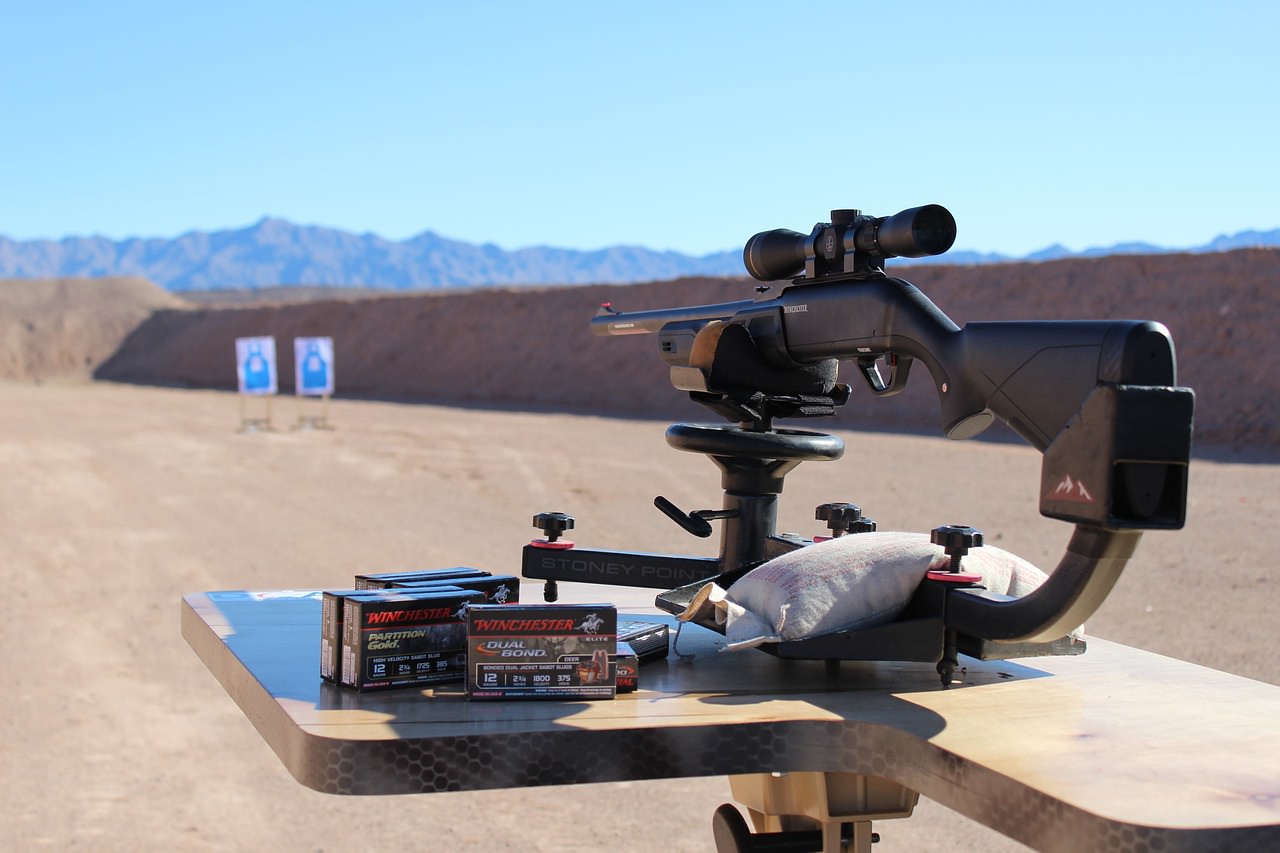 The 300 Blackout provides excellent ballistics for a cartridge designed with short range in mind. Simply put, it was created by working on a 5.56mm cartridge, trimming, stretching out and filling it with an appropriate bullet weighing 110 to 120 grain. Oh, and let’s not forget the fast-burning powder.

When fired from a 9-inch barrel with this configuration, it performs well in both super and subsonic conditions and will burn the powder completely. This will result in negligible muzzle flash.

The Blackout also has a lower velocity because it is a bit clunky when compared with the 5.56, so that makes it excellent over shorter ranges, say about 100-150 yards while hunting. Anything above that and the bullet starts dropping.

The Blackout performs admirably well in both super and subsonic conditions. Supersonic bullets break the sound barrier (ammunition traveling faster than 1,126 feet per second). Gun enthusiasts have warned against using them with supersonic ammunition (especially during hunting), since such ammo creates a sonic boom, and in such a scenario, using a silencer would be pointless.

On the other hand, subsonic ammunition (ammunition traveling slower than 1,126 feet per second) would not create a sonic boom, and hence is ideal for being used with a silenced weapon, in addition to producing less recoil. Also, the powder used in such ammunition has less flash, so as to not interfere with the user’s night vision.

These qualities make the subsonic ammunition great for use in either home defense or stealth operations. 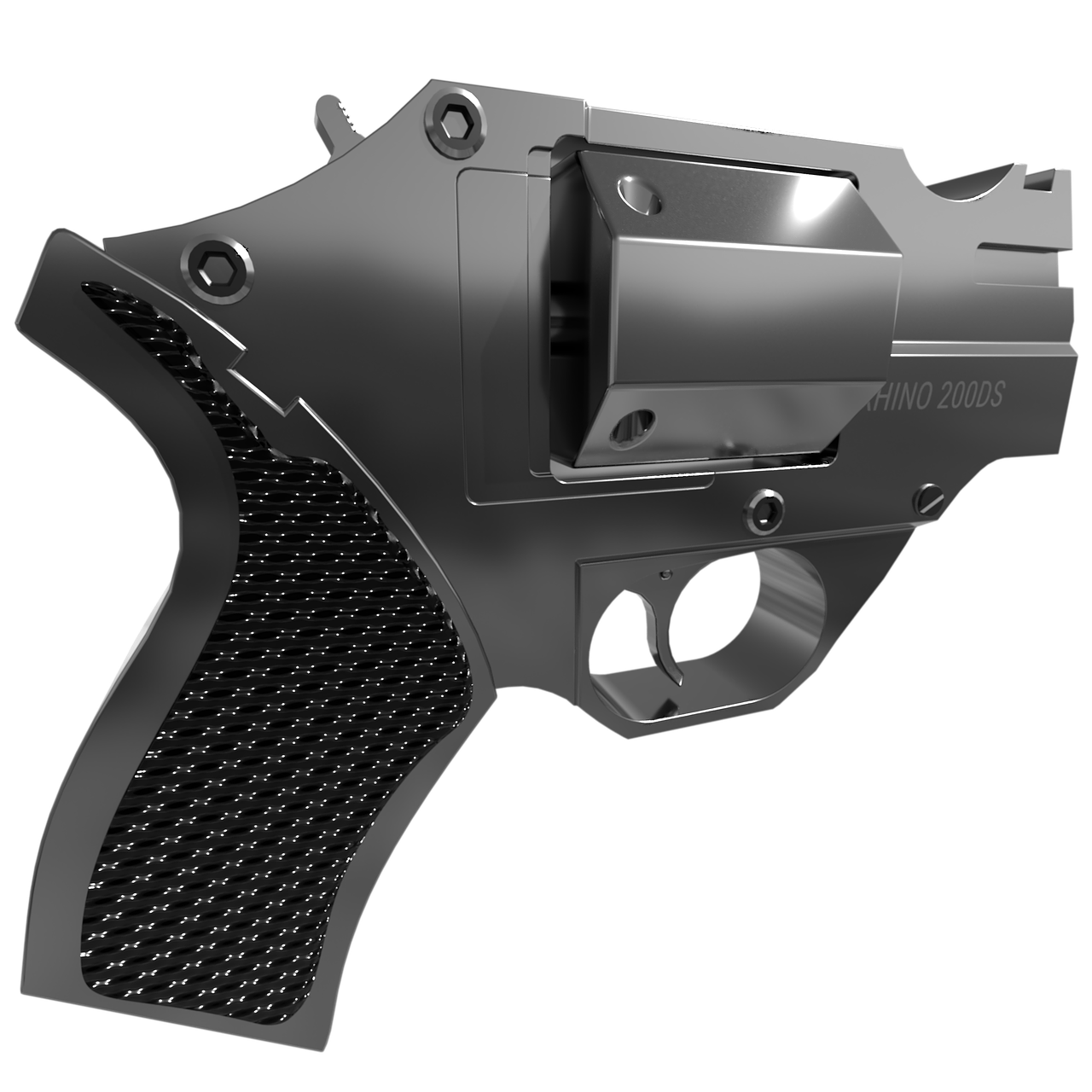 In flight, the 5.56 is much flatter, when compared with the Blackout because of its faster velocity. At the same time, the Blackout performs with elan when it comes to shooting with a 9-inch barrel, making it a much better choice for hunting.

The 5.56 is available readily, has been around for decades and in many variants and is more suitable for precision rifle firing. The Blackout, on the other hand, is preferable for big game over short distances. At the same time, the ample availability of the 5.56 makes it much cheaper to use if you are a regular shooter.

There is no clear winner here. If you are shooting supersonic ammunition, the Blackout’s recoil nearly doubles. The recoil drops a little when are firing the subsonic rounds. At the same time, if you combine this with a short barrel and a suppressor, the recoil is negligible and makes for comfortable shooting.

So, what kind of accuracy should you expect from a Blackout-equipped weapon? When it comes to up to 100 yards while hunting, the Blackout is accurate enough, but it is not recommended for competitive shooting, owing to its heavier load.

Guns That Chamber The .300 Blackout

These are some of the rifles that are chambered to shoot the Blackout. Of course, topping the list are the ones from the AR series, owing to their popularity:

This good-looking weapon, which is styled after an AR-15 is a performer as well. It comes with a collapsible stock and both the receivers are Teflon coated. It comes equipped with a flash suppressor and a 30-round clip (from some gun sellers).  It also features threading for muzzle devices and has a flat top sight. It’s one of the most popular guns to chamber the 300 Blackout. 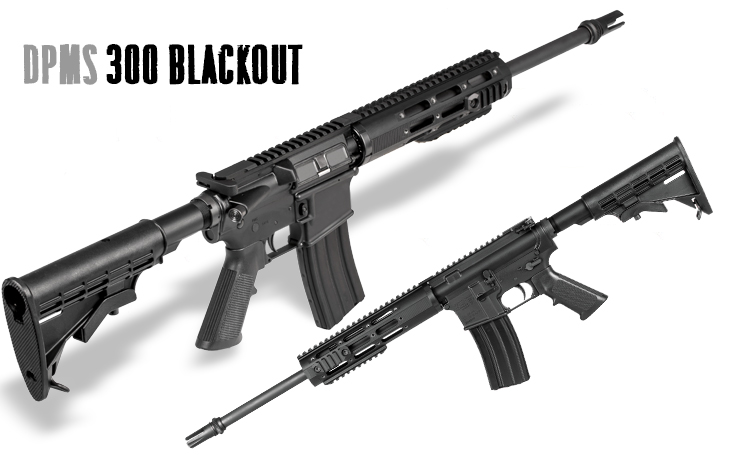 This is another AR-15 style rifle that features a modular handguard, and an AAC suppressor adapter and is optics ready, with no iron sights . The barrel length is about 16 inches and is chrome lined and the stock is collapsible. It works on a direct-impingement system as most AR-15 rifles and has a modular handguard, which is fast becoming a regular feature on guns in this category.

Yet another AR-15 rifle that uses the Blackout’s potential to its fullest, be it super or subsonic ammunition. Billed as the “varmint killer”, the rifle offers low recoil and less muzzle flash than its counterparts. The weapon has a 10-round capacity, a forward assist and will operate with or without a muzzle suppressor. The firing pin is plated with chrome. It is an incredibly versatile gun that is especially good to take out with you for a hunt. 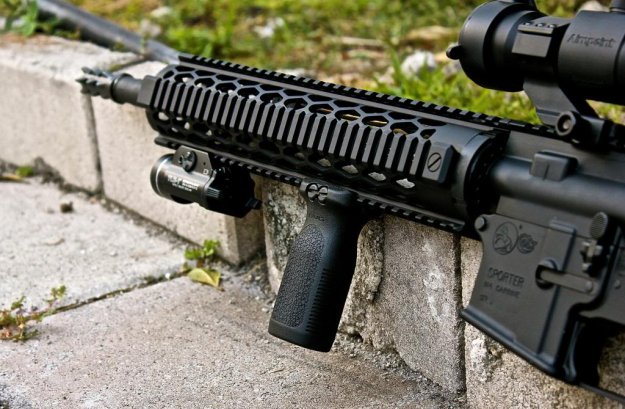 This rifle comes with telescopic stock and phantom flash suppressor. The package includes a high-capacity magazine. It is lightweight, thanks to its diamond-shaped heat vents, comes in a matte black finish and has flip up front and rear sights. This weapon is aimed for those in the law enforcement because of its weight and quick deployment. 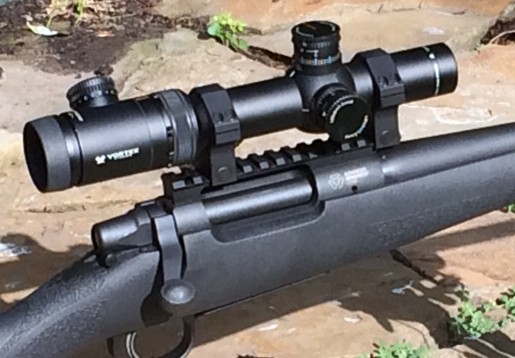 A “baby” version of the Remington 700 action, the AAC Model Seven is lightweight and is threaded with an AAC barrel. This is a bold-action rifle with a 3-round capacity, the polymer stock is filled with glass (for reduced weight) and has an adjustable cheek piece. Comes in a black finish and a thread protector.

Since the Blackout is designed to be used with a suppressor and a shorter barrel, it is perfect for home defense in this scenario. Having a short barrel on your weapon would mean easier maneuverability and a suppressor would mean less flash and low noise.

On the other hand, the Blackout packs in too much of a punch and has superior barrier penetration. That effectively means that if you live in an apartment, the ammunition will tear through walls and could find itself either inside a neighbor’s house or even beyond that. So it becomes a concern when it comes to passerby safety.

Any hunt has a likelihood of more success if the hunter is mindful of the limitations and capabilities of the ammunition in use. After all, hunting was not the Blackout’s intended purpose. Blog after blog has both noted the advantages and the shortcomings of the Blackout while hunting.

Having said that, if it is vermin and small animals you are looking to hunt from a short to mid-range, you should stick to the 5.56mm ammunition, for the simple fact that it is available in abundance.

On the other hand, if you are looking to hunt bigger game such as hogs or say, small bears, the Blackout works like a charm. This is for the simple reason that these animals are bigger and hence provide more mass to shoot at, and at a range of around 100 yards, you are likely to get your prize kill.

Some of these species include:

Target shooting with the Blackout is generally frowned upon, simply because the ammunition is expensive. For this purpose, a cheaper alternative such as 5.56 ammunition is recommended because of easy availability and much lower price.

If you still want to use it for picking off stationary targets though and money is not an issue, go for it!

Recently, Netherland’s Maritime Special Forces were in the news for buying Sig Saur MCX rifles chambered in the .300 Blackout, making it the first public adoption of the cartridge. What makes it interesting is that these cartridges are not NATO specified. The US special forces might not be far behind, but there is no official announcement on the same.

There had been great demand for cartridges that offer greater power than the 5.56mm among AR-15 users. Though quite a lot of manufacturers have come out with their versions, the Blackout seems to have gained popularity among shooters because of its performance with an AR model. Its compatibility with the AR-15 makes it an incredible purchase for any AR-15 gun owner.

Also, the ability to switch between super and subsonic rounds is the added bonus gun enthusiasts had been looking for. The fact that not much modification to the AR-15 is needed to be able to use the cartridge has also sent a cheer among shooters.

All said and done, one should weigh their pros and cons before switching over to the .300 Blackout, since it does not come cheap, and it would be a waste using this just to punch holes in a paper target.